Soul of a Hero – includes Don’t Dare a Diamond 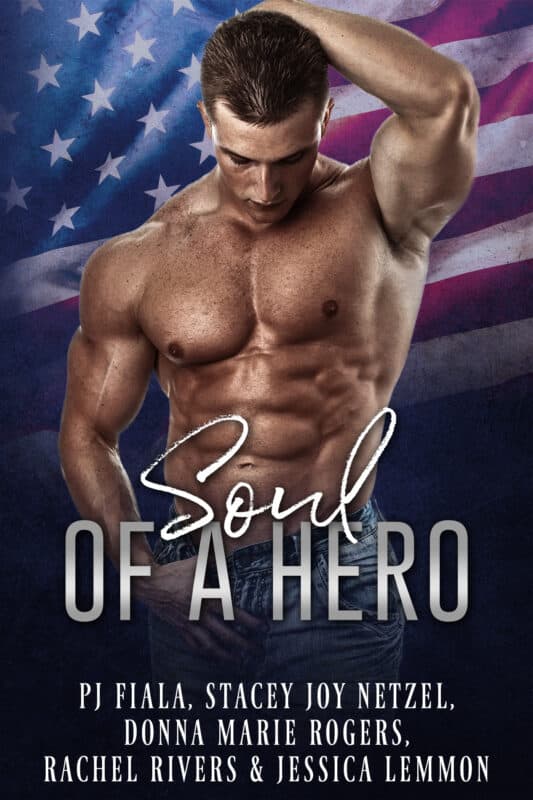 Soul of a Hero PREORDER for June 2, 2020: True heroes embody strength, perseverance, patience and love. These are their stories. This anthology of all brand new stories will only be available for a LIMITED TIME. Get your copy before June 30, 2020. After that date, they will no longer be available in one set. My story, Don't Dare a Diamond is book 5 in the Must Love Diamonds series. (Some links are affiliate links. That means I earn a small commission at no extra cost to you.)
Apple Books 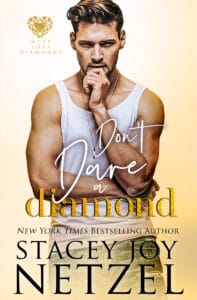 True heroes embody strength, perseverance, patience and love. These are their stories.

This anthology of all brand new stories will only be available for a LIMITED TIME. Get your copy before June 30, 2020. After that date, they will no longer be available in one set.

Don’t Dare a Diamond by Stacey Joy Netzel – Book 5 in the Must Love Diamonds series.

Raine Diamond is destined for Olympic equestrian gold—until a horrible accident leaves her unable to face the jump that could end her career. Army veteran Reyes Torrez is tasked with getting her back in the arena, but he recognizes her crippling case of post traumatic stress as if he’s looking in a mirror. Can they help each other heal, or will the fallout destroy dreams that have begun to merge into one?

Alice-Al-Tucker fights hard for respect as a female DEA agent while bringing lowlife drug dealers to justice. Success in her current assignment would ensure a coveted promotion, but taking down a cartel while working with the man who broke her heart years ago is harder than she imagined.

Detective Rory Richards has had better luck with his career than women. He gets an unexpected second chance with the one-who-got-away, only to find himself in danger of losing everything when the ruthless criminals he and Al are after mark them for dead.

Once a Fool (Houghton County Book 1) by Donna Marie Rogers

Army veteran Officer Cameron Nichols is jaded when it comes to the opposite sex. So why does the cute new librarian have him tied up in knots? Harley Rose Lawson isn’t looking for a relationship—she’s looking for her long-lost brother. A search for family leads her to the love of her life, but when Cam betrays her heart, the happy future she imagined threatens to crash and burn.

Dallas Fire Lieutenant Keeley Summers can read fire like the pages of a book. It speaks to her as it winds up, down and around its victims. She’s never lost a crew member, but that doesn’t mean she’s never lost anyone. Owen Prescott broke Keeley’s heart when he left school to join the Army as a combat K9 handler. Plagued by memories, he’s returned to Dallas to start over and build a legacy to honor his fallen teammates, but an explosive encounter with Keeley stirs feelings too hot to ignore.

He’s not your typical bad boy…

With his dangerous job and busy life, Officer Brady Hutchins prefers steamy one-night hookups over romantic relationships. The beautiful stranger in Evergreen Cove fits that profile perfectly. But after a scorching encounter leaves them both breathless, he’s considering a future with the gorgeous brunette… If only he can convince her to stay.

To Love and Protect
Look Inside
Disclosure of Material Connection: Some of the links in the page above are "affiliate links." This means if you click on the link and purchase the item, I will receive an affiliate commission. I am disclosing this in accordance with the Federal Trade Commission's 16 CFR, Part 255: "Guides Concerning the Use of Endorsements and Testimonials in Advertising."
⇧
wholesale jerseys Nike NFL jerseys Wholesale jerseys From China Wholesale NFL jerseys Cheap NFL jerseys From China Cheap NFL jerseys