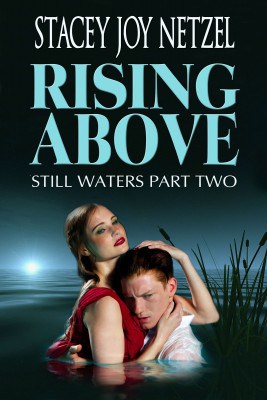 Imagine you’ve lived before, but don’t remember or believe it’s even possible. Therein lies the danger. For in not believing and learning from your pasts, the power shifts to the one who would see you dead. Again.

*Author’s note: Beneath Still Waters (Part One) is available individually, or as part of the highly-acclaimed TALES FROM THE MIST anthology. While not absolutely essential, it is recommended to read Part One first in order to get the overall scope of the story.

Late. Not good for the first day of class with a professor he was dying to meet. He rushed toward the door, but paused for a quick assessment of the situation through the slim window instead of shoving inside blind.

Students populated the theater-style seating, and at the front of the class, a slim, red-haired girl commandeered the professor’s attention. Whew. I should be able to slip in undetec—

Darkness registered. His hand froze on the door at the murky mass surrounding the redhead, curling around her in rolling, undulating waves. His gut clenched. Unexplainable dread weighted his limbs.

The girl and the professor seemed oblivious to the malevolent presence as wispy tendrils extended outward, smoke-like fingers of malice making their way from person to person. Seeking. Testing.

The closer they crept along the slanted aisle toward him, the faster his heart beat. Thumping in his chest, banging against his ribs, urging him to run. And yet, not even his little toe so much as twitched. Fascination kept him rooted to the spot, barely able to breathe.

Without warning, the tendrils were sucked back into the murky cauldron encompassing the girl. Was she the source, or the recipient?

When she laughed at something the professor said, the melodic sound dissipated the evil and filtered through the crack in the double doors, drawing him inside. His pulse eased. Oxygen filled his lungs once more.

Both the redhead and the professor turned toward him as the door swung closed with a loud creak. They smiled. Beautiful.

Then the darkness reappeared.

Black arrow-like projectiles shot through the air toward him. He tried to run, but tripped and fell back against the door. Searing, white-hot pain paralyzed his entire body when the first arrow pierced his chest—

Other Books in "Still Waters" 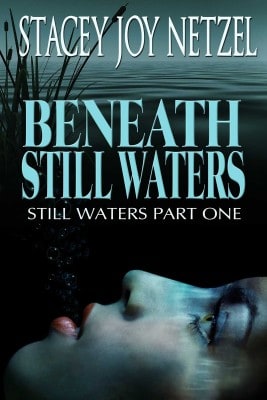 Beneath Still Waters: (Part One)
Look Inside
Disclosure of Material Connection: Some of the links in the page above are "affiliate links." This means if you click on the link and purchase the item, I will receive an affiliate commission. I am disclosing this in accordance with the Federal Trade Commission's 16 CFR, Part 255: "Guides Concerning the Use of Endorsements and Testimonials in Advertising."
⇧
wholesale jerseys Nike NFL jerseys Wholesale jerseys From China Wholesale NFL jerseys Cheap NFL jerseys From China Cheap NFL jerseys