Nikki Rowen desires a family of her own—but first comes love, then comes marriage. She thought she had the former, until the moment she mentioned the latter and her boyfriend left her with nothing but a broken heart. Just as she’s beginning to doubt she’ll ever have a ‘til death do us part Happily Ever After, she meets her new neighbor in the most unexpected way.

Can a marriage of convenience lead to Happily Ever After?

Nikki Rowen desires a family of her own—but first comes love, then comes marriage. She thought she had the former, until the moment she mentioned the latter and her boyfriend left her with nothing but a broken heart. Just as she’s beginning to doubt she’ll ever have a ‘til death do us part Happily Ever After, she meets her new neighbor in the most unexpected way.

In Sam Mallin’s experience, the word family is synonymous with abandonment; he’s more than content on his own. Yet, in less than a week, he finds himself caring for an infant dropped on his doorstep, and playing house with his beautiful next-door-neighbor. When his feelings for Nikki deepen, he fears he’s nothing more than the ready-made family she so desperately wishes for. How can a self-proclaimed loner hold onto the two females most important to him without history repeating itself in a world of heartbreak?

He’d just reached into the refrigerator for a beer when the doorbell chimed. The cheery summons grated across his nerves, making him cringe. Could he ignore this unwanted visitor who appeared to have practically been waiting in the bushes for him?

A glance over his shoulder gave him the answer. Nope. His bare windows, glaring lights, and the volume of the TV made it impossible to pretend he wasn’t home. Curtains and blinds seemed a great investment right about now.

Kicking the fridge shut, he twisted the cap from the bottle. The doorbell went off again, twice as long as before, as if the person on the other side held it down. Damn it. If this was another married woman bringing him pie, he was going to—

Smile, and say, “Thank you.” That’s what neighbors did, right?

He took a long, fortifying pull off his beer, then thumped it on the counter on his way to answer the door. Too bad his neighbor right next door hadn’t been one of those pie-wielding visitors. He’d have invited her inside.

Then he got a glimpse through the window…of her standing on his front porch.

“Well, whaddaya know,” he murmured with a sudden grin of anticipation. Maybe she’d come in and watch the game with him. Hell, he wouldn’t even care if she held a pie in her hands.

He swung the door open and smiled his welcome at the pretty blond. His gaze dropped, then froze. Where he would’ve preferred a pie, she held a baby carrier—complete with baby.

Damn, she had a kid. After what his mother put him and his sister through, he didn’t do women with kids.

He lifted his gaze up from all that pink to a pair of guarded blue eyes. Forcing his lips to maintain their upward curve, he answered, “I prefer Sam. And you’re Nicole, right?”

“I had some of your mail in my box yesterday,” he admitted.

Her wry smile was appealing enough to make him forget about the baby. But it faded fast as she took a breath, shifted her stance, then extended her arms, carrier and all. 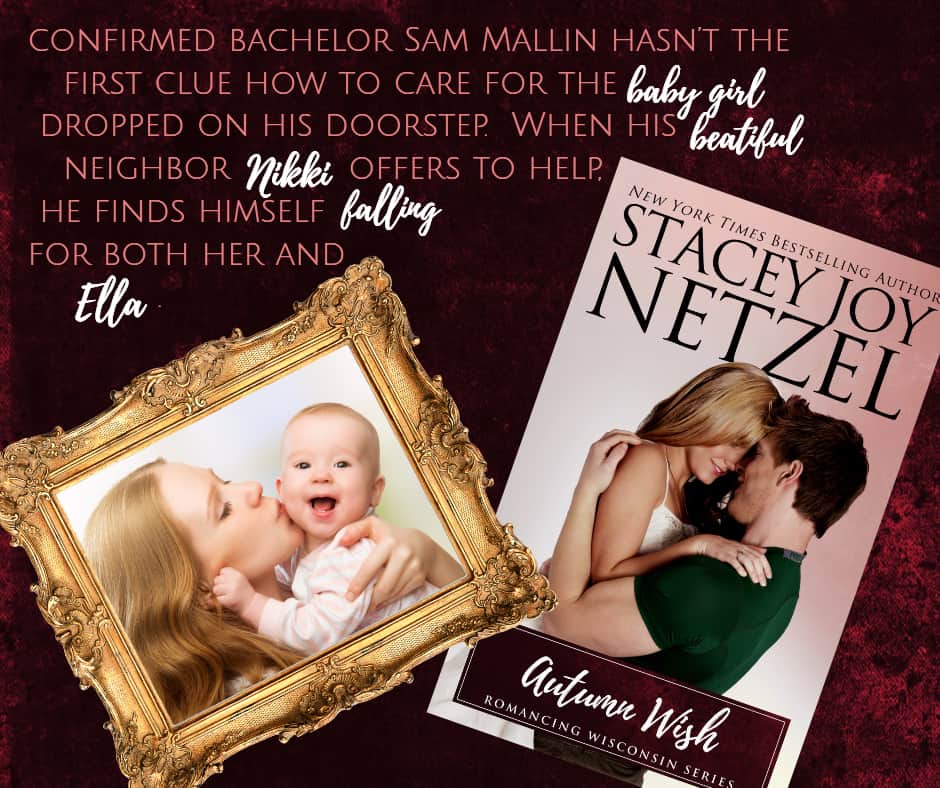